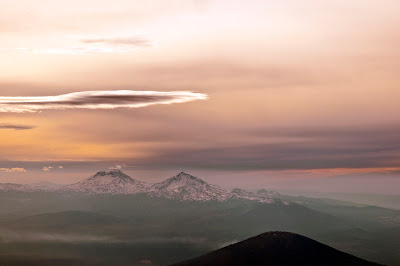 Today I may have lost a friend, not from misplacement or death, but moral conflict. Deep in the well of my soul are a few things clanging around, trying to lead me in how I live my life. Some of them are suffocated by cultural mores and social norms, and while I have been able to rescue a few, it has not been without a great deal of suffering that I come to face myself in the mirror of my own decisions. My general guidance has been to be a bit of an iconoclast and to follow the natural world as an example. Some of my beliefs may seem very "unnatural" to some groups, as it is not "nautral" to be this way or think that way. When this happens I turn to the last icon, nature, and she too must be brought down. Underneath nature is that which makes nature, truth. So nature does not really mind that she is no longer exalted, she ebbs and flows in any direction required or her by truth. That is beauty.
But this all leads to my morals, my beliefs, the guidance in which I strive to live my life. It does not actually matter what the specific belief is that caused the rupture, that disrupted the peace within, because it is not what caused me to lose a friend. Maybe you could blame Sarah Palin, for being the lead-in subject of the initial rupture. But really, there are many negative things you could say about Sarah Palin's politics, but certainly I can not blame her. Sarah Palin is an attractive, ambitious woman who has succeeded far beyond her capabilities. I'm sure there are a number of things in which she and I would heartily agree on (although none come to mind). I wish nothing but the best for her, as long as the "best" means she retires from politics. I think she is the alter ego of Michael Moore, maybe the two of them should be sequestered to a remote, deserted island. Now, I must stop myself from going on a less-than-polite rampage.
Politics may have led to the offending rupture, but the specific belief was not political. It was a word, a single, freedom-of-speech word, used multiple times, that stopped me in my tracks. But the word did not cause me to lose my friend, it was how I handled it afterward. At first I said nothing, but looked down and thought of walking out. I could throw some money on the table and leave. Time went on as I contemplated this. I would seem like a child if I did this. No, how can I just sit here? My ego would be getting the better of me. I would just be acting dramatic. I would be allowing myself to feel self-righteous. Time went on as I contemplated this. We were almost ready to leave anyway. What should I say? I don't want to make a scene. Everyone around would hear. There is a better way to handle this. Making a scene will only make the situation worse. But how can I sit here? Time went on as I contemplated this. I did not look up. I did not make eye contact. I did not join in the conversation. We left. I gave a hug and a smile, they were real, even though I felt sick.
This friend is not an awful person. She is funny and can be sweet and thoughtful. She is very loyal and she knows how to love. She is many wonderful things. But she said one awful word, an almost unforgivable word in the most terrible way.  My belief of not sitting idly by, my belief of speaking my truth, my belief that being polite can be an enemy, came into play. People can be wonderful and hateful. Do we discard the wonderful for the terrible? Do we ignore the wonderful in the light of the awful? Not always, but sometimes. If that Awful is against our nature, if we break down our nature and see what is left, that which makes nature, then we can find our truth. So I said my truth in the form of two emails to two separate people. No blaming, no righteousness, no patronizing, no admonishing, just my truth. It may cause more rupture, discomfort, pain, disagreement and revelation. I feel the loss of a friend coming. At some point we will lose everything, including our ability to speak the truth. Truth needs no defense, only a form in which to manifest. Perhaps we must all manifest that truth. Let it live within you, then do the world a favor, and let it out, let it go.
Posted by Unknown