Poppy's First Day at the Beach 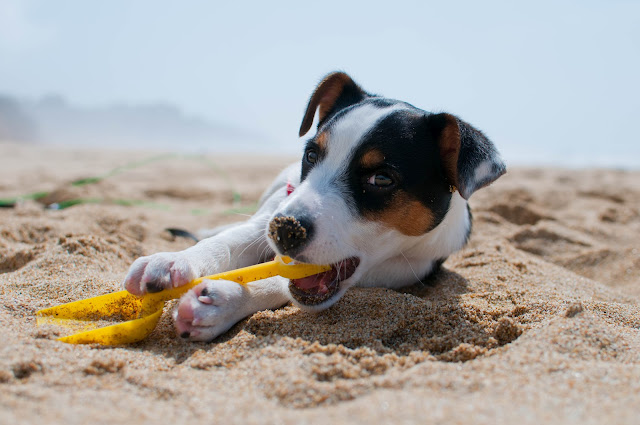 Poppy has been driving us CRAZY. The vet said that next Monday we can start taking her out to the parks but until then we could take her to some of the cleaner beaches north or south of the city.

It has been raining and raining. I decided, after she drove me out of my mind, that rain or shine we were going to the beach the next. Fortunately for us, it was a beautiful day and unexpectedly warm at the ocean. We headed south of the city to Montara Beach. It was great. She was reluctant about the water (the surf is rough and the water cold) and I had to pick her really fast up one time when an unexpectedly large wave came crashing in, soaking most of my legs. Now, she has been curled up in her bed most of the evening!