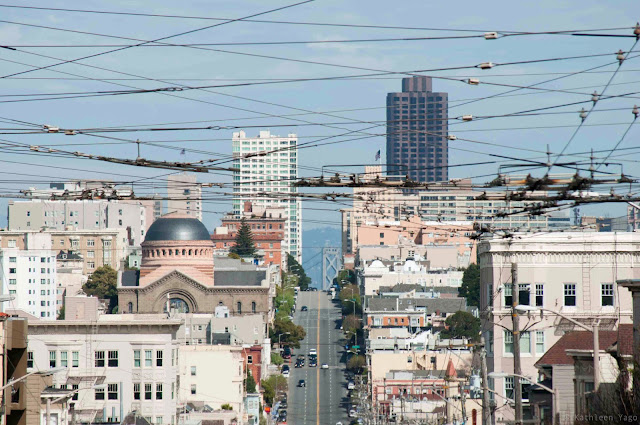 It wasn't until I was taking Poppy for her evening walk that I started to think about the interview that morning. John, a man starting an artist's blog, interviewed me to post as the featured artist for the month of April. It sounds like a serious blog, in that, its not like many blogs, maybe like this one, where we just throw stuff out there on the wall of the internet. So, I started going over the interview, worried I sounded patronizing or arrogant when really I was just a little nervous. But there is not much I can do about what people think anyway, so I probably shouldn't worry. I did primp a little before the interview, which is very unlike me, but I realized no one was going to be able to to tell from an online recording, maybe with a video camera, but not his. Minutes after the interview I was out the door on a run with Poppy. As soon as I showered, Paul and went to Shanghai Dumpling King where we stuffed ourselves with Chinese dumplings, green onion pancake, vegetarian goose and peashoots. It was on our way back home, where Paul wandered through the streets of San Francisco, weaving his way on a very roundabout but enjoyable drive, that I took this photograph, from Lower Pacific Heights/Laurel Heights.
Posted by Unknown