Brought to you by Adventures with Poppy.

On Saturday we took Poppy to the Small Dog Beach Walk at Ocean Beach in San Francisco. Okay, now I have to post a warning/introduction, of sorts. This is an event that occurs every Saturday morning and is for responsible owners of dogs under 20 lbs. I am paraphrasing here from the their website, which they ask you not to post because they want the event to be spread by word of mouth. I guess they've had some problems with irresponsible dog owners or large dogs, I don't know, but I want to respect their wishes. If you are interested in more information, send me your email and I will pass along the information.

I had heard about the beach walk at the dog park (see, word of mouth works!). We arrived a little early and walked down to the meeting place and I began to wonder if I was really a responsible dog owner. Poppy is still a puppy and her recall could be better, especially in the midst of a ferocious play session. I also began to doubt if Poppy was small enough. She certainly is one of the smallest dogs at the dog park, but as the dogs on the beach began to arrive, she started to look like the big dog of the pack.

In true Poppy fashion, she immediately took off to mingle amongst the other dogs. That's when I realized how much of a puppy she still is, while she wanted to play, many of the other dogs just wanted to hang out. Oops! We began chasing her down and attempting to herd her away from the hangout dogs. Now, I was really feeling like an irresponsible dog owner. Poppy, on the other paw, looked like she was in dog heaven. Fortunately she did find some other playful pups, although just because they are small does not mean they are docile. Sheesh, some of them were really aggressive.

The group walk began down the beach and we were always lagging behind trying to coerce the dogs to keep moving forward (rather than side to side, up and down and around in circles). It was fun to watch them play but there was a lot of maintenance to break it up when it was getting a bit rough, fortunately Poppy is not aggressive but she is used to having to play with bigger dogs, so she suddenly seemed almost rough with smaller dogs.

Here are some other dogs we met on the beach walk:

Sadly, it is time to turn around and go back: 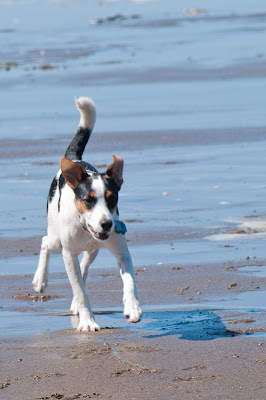 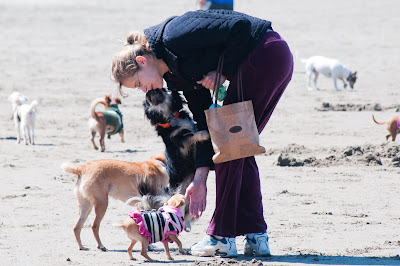 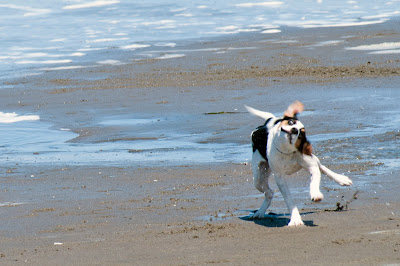 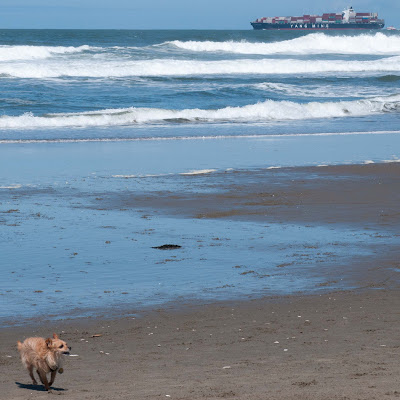 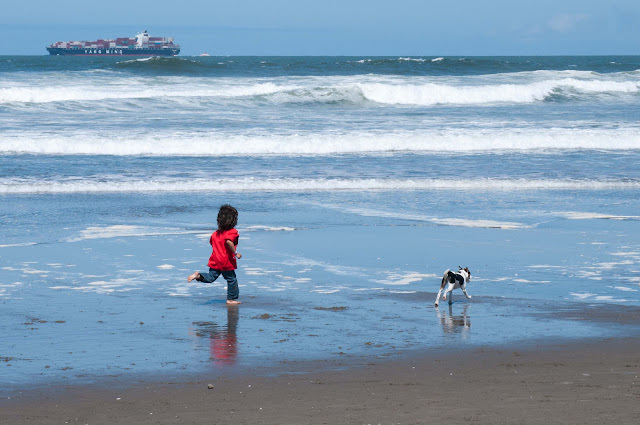 What a fun time at the beach! Okay, it wasn't all fun and games for the humans, but the dogs sure seemed to like it!
Posted by Unknown