In the morning, my brother-in-law and I went for a walk to the park with my fuzzy nephew, Leroy. 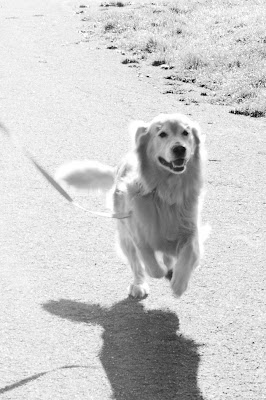 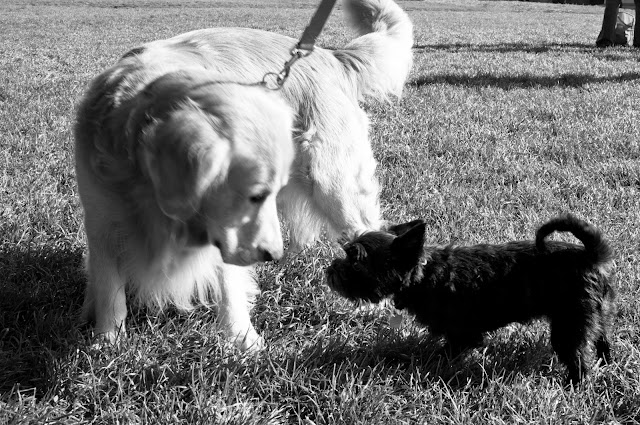 The weather promised to be sunny and warm so I decided to wander down to the Occupy San Francisco camp at the Justin Herman Plaza. There was not much going on at the camp, people were mostly sitting around. 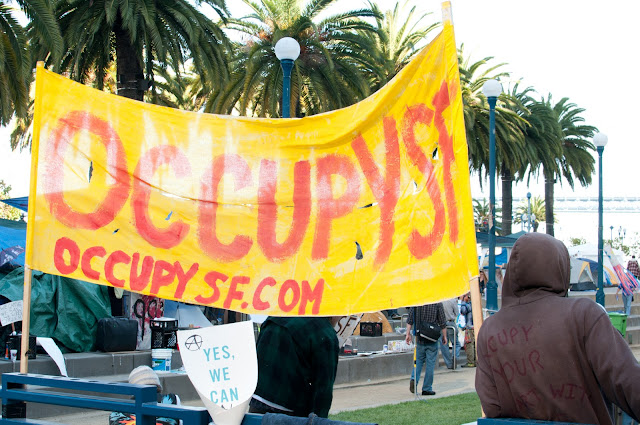 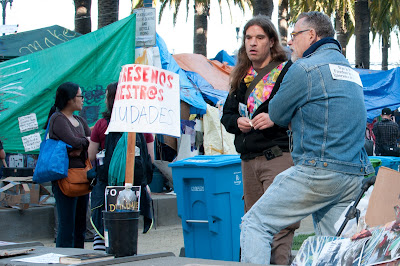 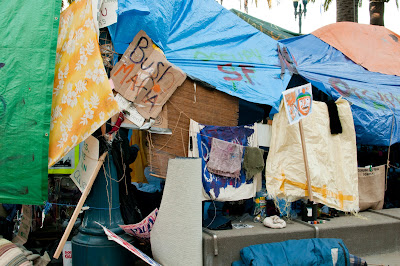 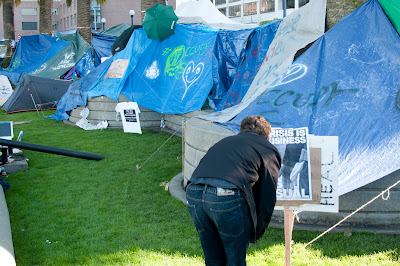 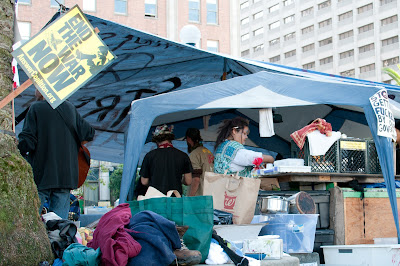 There was a strong smell of marijuana in the the air. On the edge of the camp was a very talkative woman with a bird on her head. Mellody is her name and she expressed many opinions including this partial list:
Mellody became #23 of my 100 Strangers Project, you can read more about her.

I didn't stay long at the camp, heading back up Market St. on foot. As I walked home, here are a few things that caught my eye. 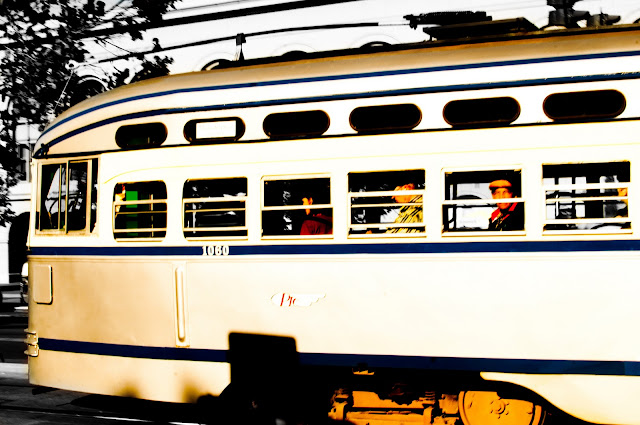 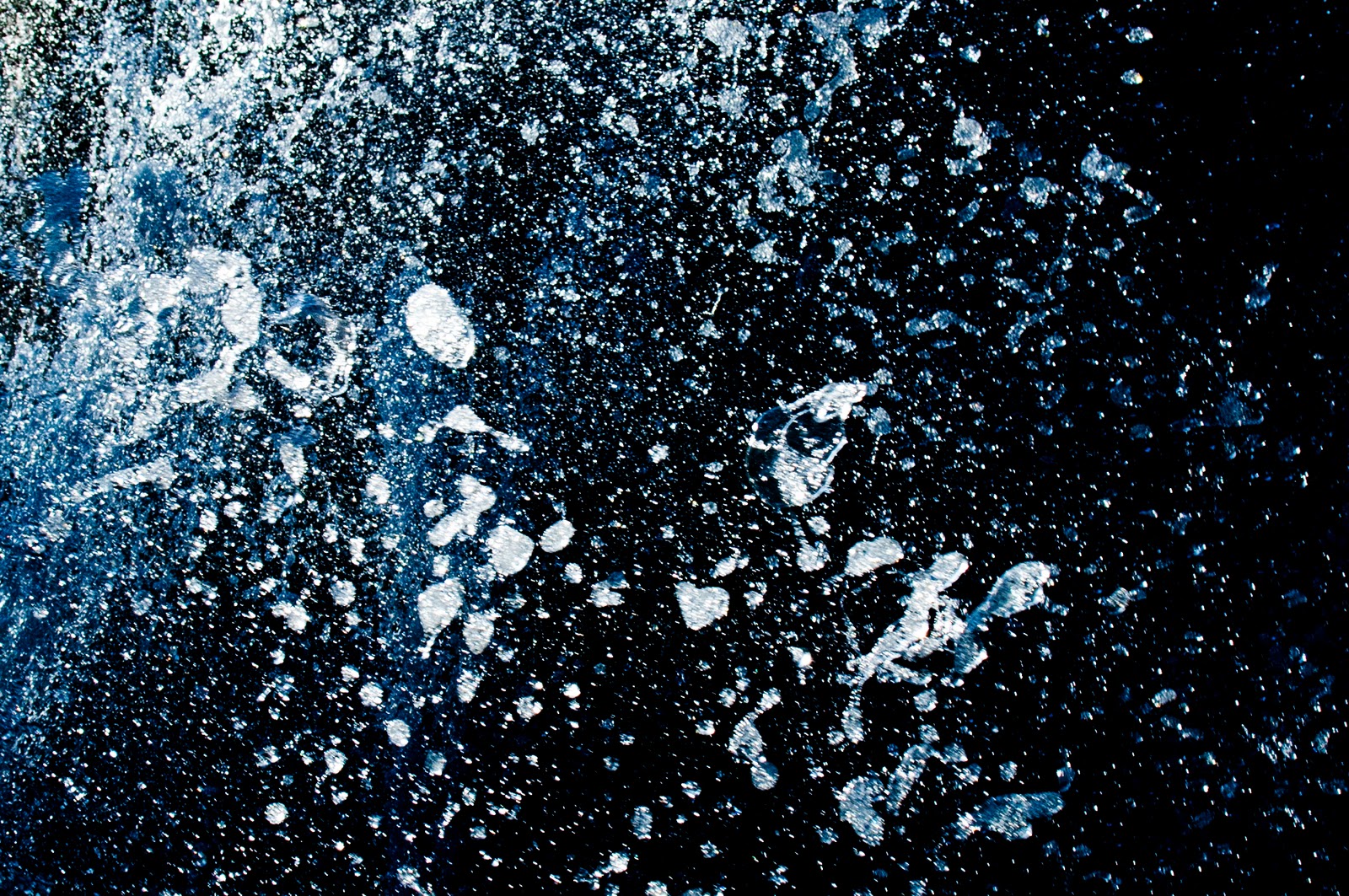 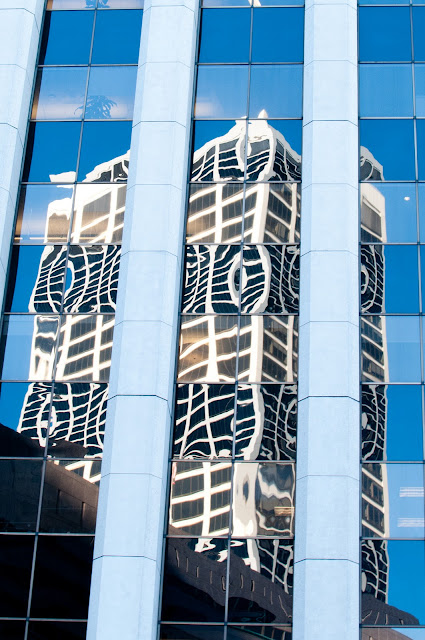 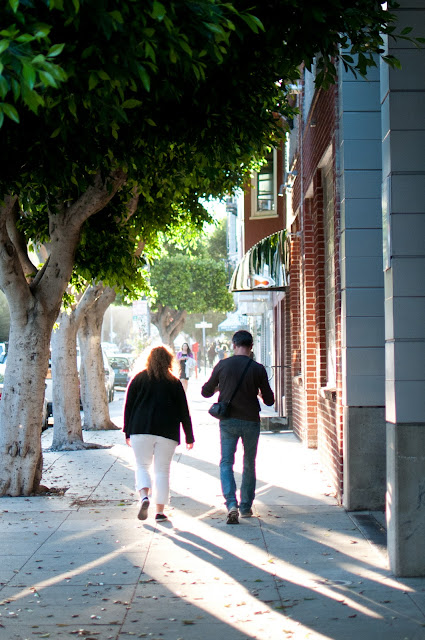 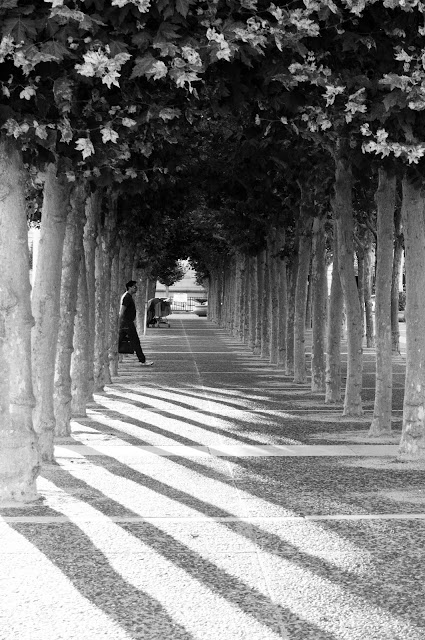 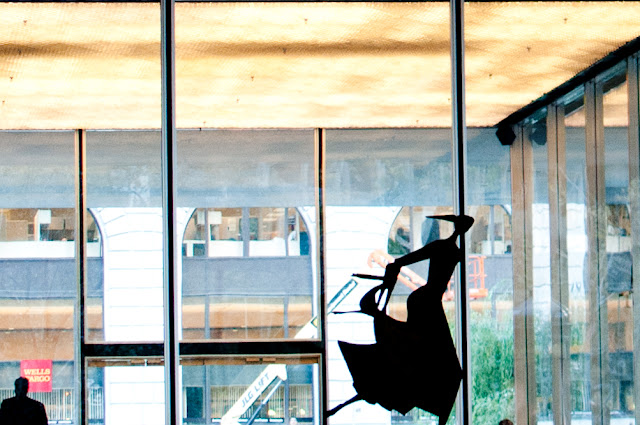 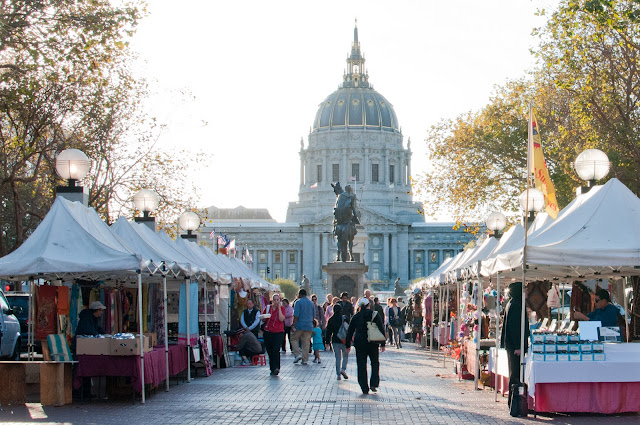 In the evening, I played fetch with Leroy and the lobster. Listen. 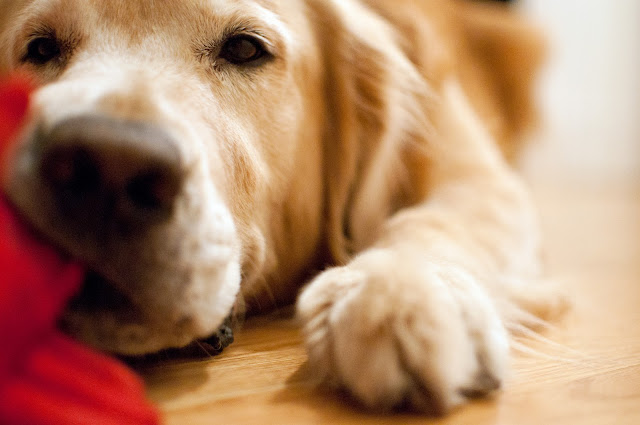